Today's Alliances As Predicted By The Prophets Of The Bible 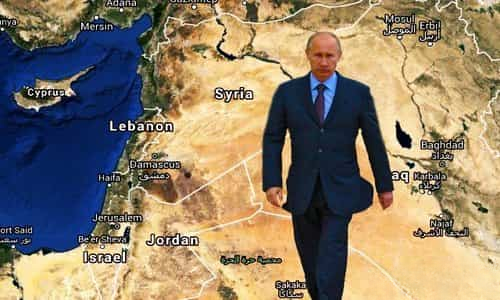 By Jeff/Rapture Party January 24, 2023
Share this article:
The prophecies of Ezekiel and Daniel tell us that war is coming against Israel and what nations and people groups will be involved. What is most interesting about this is that the predictions of Ezekiel, made over 2600 years ago, line up very closely with the current alignment of nations that we see emerging today: the Islamic nations which are forming coalitions to "wipe Israel off the face of the earth", the Northern and Eastern nations that are making efforts to establish a One World, Order, and a small number of nations which tend to be supportive of Israel to a smaller or larger extent.
Spheres of Power: Or, the most dominant power in a geographic region in relation to Israel.
The Biblical prophets predicted that in the end days, there would be four main superpowers (or spheres of power) in four geographic regions in relation to Israel. They are the King of the North and the King of the South - Daniel 11:40, the Kings of the East - Revelation 16:12, and the King of the West - Revelation 13. The prophets further predicted that there would be alliances formed between some of these kings.
These kings may include some of the following nations and their leaders:
• King of the North: Russia, Turkey, or Syria (may include Lebanon, Hezbollah, Hamas)
• King of the South: Traditionally in the Bible referring to Egypt. This king will most likely include the 57 Islamic nations that make up The Organization of the Islamic Conference, but could also include Indonesia.
• Kings of the East: China, other Asian nations? (may include North Korea depending upon final alliances).
• King of the West: called The Beast or The Revived Roman Empire - this king will most likely come out of what today is called The European Union and may include parts of the old Ottoman Empire.

Israel, Arab Neighbors, and the United States
The Abraham Accord is designed to begin the normalization of relations between Israel and the Arab nations. Initiated by President Donald Trump and his administration, it was signed at the White House on September 15, 2020 by leaders from the United States, Israel, Bahrain, and the United Arab Emirates.
On October 23, 2020, Sudan formally agreed to normalize ties with Israel and on December 10, 2020, President Trump announced that Morocco agreed to establish full diplomatic relations. Saudi Arabia and Oman are still contemplating the Accord. Egypt (1979) and Jordan (1994) are the only other nations to have peace deals with Israel.
Kings of the North and East - Daniel 11:40, Ezekiel 38, Revelation 16:12
We are told that the King of the North will ally itself with numerous allies as will the Kings of the East . Do we see this happening in part or in full? Indeed we do.
BRICS
The BRIC bloc originally brought together four of the world's largest emerging economies representing 40 per cent of the world's population and 25 per cent of global GDP. The GDP figure is expected to double to 50% of global GDP by 2030. Brazil, Russia, India, China and South Africa are its current members and today is known as BRICS.
Argentina, Algeria, Bangladesh, Egypt, Iran, Indonesia, Saudi Arabia, Turkey, Mexico, Nigeria, Sudan, Syria, Pakistan, and Venezuela have also expressed interest in joining the BRICS organization. Their goal: the establishment of a "multipolar world order".
SCO
The Shanghai Cooperation Organization (SCO) brings together almost half the world's population and several members have nuclear weapons. The SCO includes China, India, Kazakhstan, Kyrgyzstan, Pakistan, Russia, Tajikistan and Uzbekistan as full members. Armenia, Azerbaijan, Bahrain, Belarus, Cambodia, Egypt, Kuwait, Maldives, Mongolia, Myanmar, Nepal, Saudi Arabia, Sri Lanka, Turkey, Turkmenistan, Qatar and the United Arab Emirates are all either dialogue partners or observers. Their goal: to eliminate the dominance of the United States as a financial and political superpower.

Kings of the South - Daniel 11:40, Psalm 83
We are told that when the time for the end comes the Kings of the South and Kings of the North will not only come against each other but will also come against Israel and attempt to wipe it off the face of the earth. Do we see this happening in part or in full? Indeed we do.
OPEC
The Organization of the Petroleum Exporting Countries was established in 1960 by Saudi Arabia, Venezuela, Iraq, Kuwait, and Iran. Today OPEC includes Algeria, Congo, Ecuador, Equatorial Guinea, Gabon, Iran, Iraq, Kuwait, Libya, Nigeria, Saudi Arabia, the UAE and Venezuela. OPEC claims to own about four-fifths of the world's petroleum, but only two-fifths of world oil production, and provides these commodities under the banner of economic development, social development, and environmental protection. Their goal: to insure secure fair and stable prices for petroleum products and to support faster transition to renewable sources of energy.
OIC
The Organization of Islamic Cooperation is an entity that serves the aspirations and expectations of its member states and Muslim communities across the world. There are 57 nations in OIC. Some of the key members are Egypt, Iran, Iraq, Jordan, Lebanon, Libya, Pakistan, Palestinian Authority, Qatar, Saudi Arabia, Sudan, Suriname, Syria, Turkey, United Arab Emirates, and Yemen. Their goal: eliminate both Israel (the little Satan) and the United States (the great Satan).
Kings of the West - Jeremiah 25 & Revelation 13
And what about the King of the West? Is he forming any alliances? Do we see this happening in part or in full? Indeed we do.
The European Union (EU) aka the Revived Roman Empire
The first three members of the ancient Roman Empire were: Belgium, Holland, and Luxembourg. Those same three members were the first to join the European Union in 1948! Today the number of members stands at 28. The European Union is very adamant that a new world order must be formed.

G-20, G-8
Both the Group of Twenty (G-20) and the Group of Eight (G-8) have come to historic agreements in London, some of which could have far-reaching implications for the governance of the global economy. The G-20 is the premier forum for international economic development that promotes open and constructive discussion between industrial and emerging-market countries on key issues related to global economic stability. They were one of the first to state "A global crisis requires a global solution".
The Group of Eight (G-8), formerly G6 and G7, wants to eliminate deregulation of world trade; eliminate protectionism; and to resolve crises in food security and safety and the struggle against climate changes. Their goals: a unified one world government.
What about the "New World Order"?
Do we see signs of this happening? Indeed we do. Today, the United Nations is at the forefront of the efforts to institute the One World Government.
So, too, apparently are many in the United States. George H.W. Bush (September 11, 1990) spoke of the need for a new world order, and Bill Clinton not only agreed but dramatically expanded upon Bush's "need". In his speech in Berlin on July 24, 2008 Barack Obama said: "I am a fellow citizen of the World. In this new world we'll have a global citizenship. We will join in a new global partnership.
We must come together to save the planet. We need a globalized world. People of the world this is our time. We must answer our destiny and remake the world once again." Henry Kissinger stated that "Obama is primed to create the new World Order." In March 2022 Joe Biden said there is "going to be a new world order" that must be led by the United States.
Pope Francis on numerous occasions has called for efforts to fight global warming and is a primary a spokesman for that cause at the U.N. Pope Francis believes that our planet is overpopulated, that something needs to be done to rectify that, and if fully behind efforts to do so via pharmaceutical methods.
The Catholic-Muslim Interfaith Council created by Pope Francis announced the building of the New Chrislam Headquarters which combines a Mosque and a Church, called the Abrahamic Family House - one of many steps he has taken to establish a One World Religion. Pope Francis has frequently called for new powers be transferred to an International Authority that 'manages' the interests of nations - in other words, a One World Government.
Depopulation Agendas
Agendas 21 and 2030
Both Agenda 21 and Agenda 2030 espouse plans to depopulate the World's Population by 2030. perhaps by as much as 95%. According to statement (c) from the Initiative For Eco-92 Earth Charter, "Present vast overpopulation, now far beyond the world carrying capacity, cannot be answered by future reductions in the birth rate due to sterilization and abortion, but must be met in the present by the reduction of numbers presently existing. This must be done by whatever means necessary."
According to the Bible
We are living in a unique time of history. The prophecies are firing in rapid succession like the final fireworks display on the fourth of July. Elohim (God) has a few choice words to say about the depopulation agendas.
Leviticus 26:21, 26:25, 26:26 - "And if you walk contrary unto me, and will not hearken unto me; I will bring seven times more plagues . . . famine. . . . and pestilence upon you."
Revelation 6:8 - "One-quarter of the world's people will be killed by war, by famine, and by plagues."
Revelation 9:21, 21:8, 22:15 - "They will not give up their pharmaceuticals or their drugs. . . . their destiny is the lake burning with fire."
Conclusions
Joel 3:14 - "Multitudes, multitudes in the valley of decision: for the day of Yahweh is near in the valley of decision."
Zephaniah 1:14 - "The great day of Yahweh is near, it is near, and hastens greatly."
The world is changing and changes are happening so fast that one can't keep up. Daily newspapers and online websites that track world news give hour by hour and even minute by minute updates.
Although each group tackles world wide conditions in a different manner, one common thread can be seen in the goals and purposes of each of these Kings: the institution of a New World Order and a One World Governing Body. Each King, in its own way, helps to turn the heart of man away from Yahweh / Yeshua and towards a human solution.
As the power of these "Kings" begins to coalesce, one must ask the question: "How close are we to the resurrection of the dead in Yeshua, the rapture, and the beginning of the seven years of the Tribulation Period?"4
Final Thought for 2023
The stage for Yeshua's return is being set. Prophecy continues to unfold in an escalating pattern as foretold by the Hebrew prophets. The season of the birth pains is here - they are burgeoning and not going away. Time is short - Yeshua Ha'Mashiach is coming soon - be sure you have salvation in Yeshua and keep busy reaching the lost.
Originally published at Rapture Party - reposted with permission.