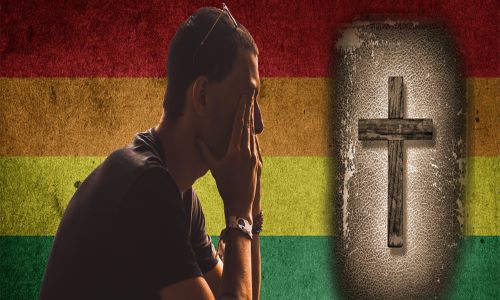 By Tony Perkins/Family Research Council January 25, 2022
Share this article:
Imagine being stuck in a cycle of depression or an unhealthy relationship and not being able to get help. Well, unfortunately, people in 22 states don't have to imagine it. Thanks to a string of bad laws, something as simple as sitting down and talking to a counselor about your struggles with sexuality isn't allowed because it is illegal. And if the far-Left has its way, small towns like West Lafayette, Indiana will be next.
It's a city of about 50,000 people, but it may be the next battleground in the LGBT's movement to stop free speech. Since last November, local leaders have been plotting to pass a radical ordinance that would crush churches and local ministries who are involved in biblical counseling. When a reporter tipped off Faith Church Senior Pastor Steve Viars that the idea was brewing, Viars was horrified.

His church started a biblical counseling center 45 years ago for anyone in the community. "We just want to show love to people in our town," he explained on "Washington Watch." "So if there are people struggling with their marriages or family issues or finances or anger, worry, fear, depression, whatever it might be, we've trained people in our congregation to open the word of God to help people... to lovingly come alongside them and show them what the gospel says about such matters."
Over the last four decades, the ministry exploded. Thirty-two men and women, made up of a number of doctors, professors, pastors, and other mentors come together every Monday to offer 60-80 hours of free counseling to anybody who wants it. Now, thanks to those who want to use the force of government to change the culture to exclude biblical morality, the whole project is in jeopardy.
The proposed ordinance is being promoted as a ban on "conversion therapy," but as Pastor Steve points out, the church has never practiced that sort of "barbaric" behavior. "But that's part of the trick here. That's why it's so important for people to carefully read the definitions, because it's deceptive.

The term 'conversion therapy' is a dog whistle." The real ordinance is a carefully disguised attack on parents, religious freedom, and free speech. Under this language, Viars warns, a parent, small group leader, pastor, or biblical counselor could be punished for showing a child what God's word has to say about human sexuality.
The definitions are so broad that even moms or dads who answer their child's question could be targeted. "So the city council is saying, essentially, we will not allow you to use the word of God with children. We are going to prevent children from hearing the gospel. That's where we are."
Under this proposal -- which was so controversial when it was introduced that it's been tabled until February 7 -- anyone who tries to "change an individual's sexual orientation or gender identity... or to eliminate or reduce sexual or romantic attractions to people of the same gender" by simply talking to them would be fined $1,000 per violation.
In other words, if someone walked into Faith Church's counseling center voluntarily and asked for help with these issues, the church would be penalized for offering advice on what scripture has to say.
In early December, when the issue came up for a discussion, Mayor John Dennis was adamant in his opposition. "We need to remember that parents have rights, and individuals have rights," he argued. "If parents choose to seek faith-based guidance, are we going to be the ones to say no you can't do that?"
In advance of the February 7 meeting, Viars and other townspeople have launched a website called FreedomLafayette.org with a petition to the city. Already, they have over 9,000 signatures. He encourages everyone, everywhere to sign it. "Because the truth of the matter is, this is coming to a theater near you.

As far as we can tell, this is only the second time that an ordinance has been attempted with non-licensed counselors... and it would be best to stop this now." He's right, Dr. Albert Mohler said later. "This is not Berkeley, California. This is West Lafayette, Indiana. If this can happen in Indiana, it can happen in Birmingham. It can happen anywhere."
Meanwhile, people like Walt Heyer, who knows what it's like to be trapped in sexual bondage, couldn't agree more. If it weren't for counseling, he says now, he might not be alive. "I might have killed myself," insists the man who lived for six years as a woman. Theirs are the stories of "crippling levels of depression" and suicidal thoughts -- even after getting the lives they thought they wanted. True compassion isn't locking people into a lifetime of pain -- it's giving them the help they need, and in this case want.
Originally published at Family Research Council - reposted with permission.