Bennett: Israel United With Christians Now More Than Ever 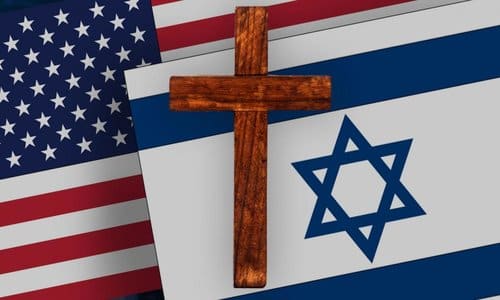 By Adam Eliyahu Berkowitz/Israel 365 News November 16, 2021
Share this article:
Last week, the Israeli government hosted the Fifth annual Christian Media Summit. Prime Minister Naftali Bennett, Foreign Minister Yair Lapid, Opposition Leader Netanyahu, and President Isaac Herzog addressed the virtual event titled "Abraham Accords and Abrahamic Religions: Partners in Peace" in pre-recorded videos.
BENNETT: ISRAEL IS THE ONLY COUNTRY THAT FULLY PROTECTS CHRISTIANS
"As the world fights this invisible enemy...here in Israel, we are fighting a very visible enemy, radical militant Islam, that is sweeping across the Middle East," Bennett said to the virtual conference. "The terror that begins in Tehran seeks to destroy Israel, dominate the world and drive it into a dark abyss," he continued.
Bennett claimed that the only country in the Middle East that fully protects Christians is Israel, where the Christian community is "growing, thriving and prospering," he said.

"Israel protects the rights of Christians as we protect the rights of all religions," he said adding: "Today, more than ever, Christians stand united with Israel," he said. "And today, more than ever, Israel stands united with Christians."
Bennett called the Abraham Accords "a new dawn for Israel's standing in the region."
"This conference commemorates the signing of the Abraham Accords, which have contributed greatly to regional stability, prosperity, and peace between Israel and her neighbors," he said.
"Just like the doors of Abraham's tent were open, the doors of Israel are open to a better and brighter future," the prime minister stated.
Bennett emphasized that Jerusalem is important to both Christians and Jews as the eternal capital of Israel.
"Jerusalem is the beating heart of Israel, and our hearts beat with love for Jerusalem and the State of Israel."
NETANYAHU: PEACE FOR PEACE
Former PM and the current leader of the opposition, Benjamin Netanyahu, praised the Abraham Accords as the "first time Israel made peace for peace."
He also described the negotiations with the Palestinians in grim terms.

"We removed the Palestinian veto," he says. "Palestinians don't want peace with Israel. The Palestinians don't want a state next to Israel. They want a state instead of Israel."
Iran, Netanyahu noted, "wants to dominate and conquer all these Arab lands and turn everyone against these forces of moderation and the future."
LAPID THANKS CHRISTIANS
Foreign Minister Yair Lapid also emphasized the role Christians play in supporting Israel. "Millions of Christians proudly stand shoulder to shoulder with us, fighting the wave of antisemitism we see today, wherever it rears its ugly head," Lapid said. "Thank you for telling our story. Thank you for listening to our story. Thank you for being part of our story."

Israel President Isaac Herzog said he and every other Israeli knows that they can count on Christian "to be our partners in the effort to counter the lies and spread the truth about Israel, as well as being our partners in promoting the spirit of peace of the Abraham Accords."
According to the host Government Press Office, over 150 news executives and opinion leaders in Christian media attended this year's virtual gathering, which it said "is meant to better understanding and strengthen the friendship between Christians" and Israel.
Originally published at Israel 365 News - reposted with permission.