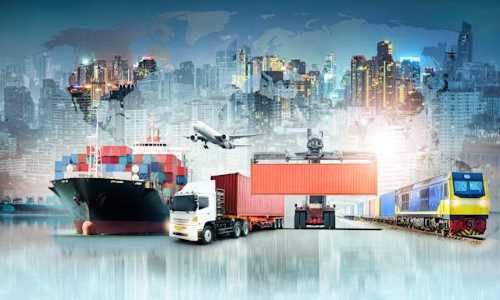 By Brett Cooper/Activist Post October 11, 2021
Share this article:
In June, my family and I joined the California exodus and sought refuge in Idaho. We had lived in California off and on for more than 30 years, but with the crumbling economy, tyrannical government, and dismal quality of life, enough was enough.
Though living in a free state has been the change we needed, my family is barely settled in... even though we moved over four months ago.
Hardwood floors that were supposed to arrive within three weeks are still undelivered four months later, leaving my mom unable to move any furniture into her home ... or even begin to start the unpacking process. After giving up on the original product, she's attempted to purchase flooring from three other manufacturers, but none of them have anything in stock.

With four dogs in the house, carpet isn't an option, and as a result, she's left having to consider just pouring concrete flooring so that she can finally move in furniture and stop sleeping on a mattress on the floor.
Down the street, I've spent over three weeks calling contractors and handymen about building a fence for my yard, only to find out that the earliest available service date was over three months away.
My brother's kitchen sits in disarray with unfinished floors and unhung cabinets as he's unable to get the labor or parts needed to complete the remodel.
The cold months are rapidly approaching, and my plan of having a barn and shelters built for our livestock over the summer was thwarted when I was told the earliest builders could come out to our family farm was February. As in 2022.
At first, my family and I assumed these setbacks were just bad luck... maybe a curse on the Californians moving to a red state. However, a closer look reveals that this is a larger issue, and the numbers look grim.
National Epidemic
On September 24, FedEx reported that it's having to reroute some 600,000 packages per day due to a shortage of delivery drivers, stating that they're operating with only "65% of the staffing needed to handle [their] normal volume."
Similarly, Forbes published a piece highlighting the seemingly permanent shortage of truck drivers, which is leaving already struggling factories, ports, and farms unable to haul their products.

According to the article, truck drivers have taken advantage of expanded unemployment benefits -- which gave an additional $600 per week to individuals receiving payments-- and used them to embrace a more sedentary lifestyle outside of their industry. Most have no intention of returning.
Last year, in an episode of the Joe Rogan Experience, Elon Musk touched on the problem with printing money to paper over economic problems, stating, "this notion that you can just sort of send checks out to everybody and things will be fine is not true."
Continuing, Musk asserted that many wrongly believe that the economy is a "magic horn of plenty," where goods and services will simply appear, leading individuals to believe that they don't need to work or contribute to production. When generous unemployment benefits are offered as well, this attitude becomes even more enticing.
Though the Biden administration has suspended the federal COVID relief, the damage was already done. People learned that they could make more money by relying on government funded initiatives than returning to their jobs. Meanwhile, many continue to collect unemployment benefits at the state level rather than return to work--as evidenced by the record number of job openings in the US. These programs are allowing people to continue a dangerous cycle of unemployment as our most needed industries start to crumble.
This state of affairs is simply unsustainable.
In analyzing the issue of the supply chain breakdown, journalists and news outlets have blamed travel restrictions, lockdowns, and fear of the virus, but what they - and so many others - choose to ignore is Big Government's role in this crisis.
However, at least one expert seems to be breaking through the noise.
In a recent New York Times article, Willy C. Shih, an international trade expert from the Harvard Business School, states that "we have this vicious cycle of all the natural human instincts responding, and making the problem worse."
Though Shih doesn't speak to the government's role directly, he sets the stage for an important lesson on the perils of government interventionism, one that economist Ludwig von Mises discussed extensively in his book, Human Action.

Mises proclaimed that "all varieties of interference with the market phenomena not only fail to achieve the ends aimed at by their authors and supporters, but bring about a state of affairs which -- from the point of view of their authors' and advocates' valuations -- is less desirable than the previous state of affairs which they were designed to alter."
He continues, stating that if the government attempts to fix these issues with even more ineffective interventionism, the market will inevitably be destroyed, leading us to further interventionism and, eventually, socialism.
This lesson is overwhelmingly clear in this day and age. Intervening in the market, Big Government imposed COVID-19 lockdowns and expanded unemployment benefits, making it increasingly comfortable for people to stay home without working. By removing these labor incentives, a more serious crisis was created. (And just as Mises predicted, many called on the government to alleviate the shortages they created--with more government.)
The reality is, those who are making more on unemployment are the individuals whose work keeps our supply chains pumping on the base level, whether that be in manufacturing, food service, distribution, or the trades.
Without them, we're hitting a wall, and the capitalist efficiency we once enjoyed and took for granted has begun to fray, and it won't end there.
With Biden's recent vaccine mandate for companies with over 100 employees, an even more significant labor shortage can be anticipated as people leave the workforce - or are fired - due to personal health decisions. This added stress on our supply chains will be detrimental to how our country functions.
Therefore, back in Idaho, I think it's time I get my hands dirty, learn to build my own fence, and finish my brother's remodel myself, because this crisis may not be ending anytime soon.
Originally published at Activist Post - reposted with permission.