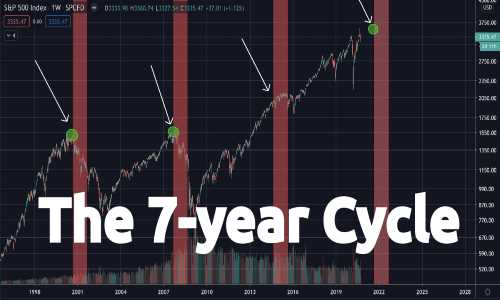 By Adam Eliyahu Berkowitz/Israel 365 News October 07, 2021
Share this article:
The current Hebrew year, 5782, began on Rosh Hashanna one month ago, beginning a new shemitah (sabbatical) year. Most people believe that the shemitah has implications only for farmers based in Israel however in Biblical times, all debts, except those of foreigners, were to be remitted.
One Israeli economist has chronicled a correlation between the seven-year shemitah cycle and major economic events. If his theory is correct, the world is about to enter a major crisis.
SHEMITAH AND ECONOMIC CRISIS
Rafi Farber, an Israeli economist and financial journalist who blogs and videos under the pen The End Game Investor, combines Torah knowledge with financial wisdom. This dual-discipline revealed a remarkable correlation.
"Every seven years on the Shemita there is a debt reset for the entire world," Farber explained. "This begins on Rosh Hashanna which is the New Year for the world that is marked by Jews because we are a kingdom of priests that represent the world to God. The Jewish New Year is actually Passover."
As a student of economics, Farber noted highlights in history that were economic landmarks.

"The most famous recent landmark was 2008, 14 years ago or two shemitah cycles. This was, of course, the global financial crisis. It started with the subprime mortgage crisis and ended with the banking crisis."
He then looked back to the previous shemitah.
"Before that was in 2001, three shemitah cycles ago," Farber said. "This was the NASDAQ bubble bursting. This led to a recession in almost all the developed countries."
Often referred to as the dot com bubble, the crisis was preceded by a five-year period in which the Nasdaq Composite stock market index rose 400%. In 2002, it fell 78%, giving up all its gains.
Farber then noted the previous shemitah in 1994.
"That was a minor economic crisis. Interest rates rose to the highest level since all of the bond bear markets since 1980," Farber said. "The previous shemitah was 1987, which was the stock market crash known as Black Monday, the biggest single percentage market crash ever."
Black Monday affected markets around the globe. All of the twenty-three major world markets experienced a sharp decline in October 1987. Eight markets declined by 20-29%, three by 30-39%, and three by more than 40%. Worldwide losses were estimated at US$1.71 trillion and the severity of the crash sparked fears of extended economic instability.

Farber then jumped back seven years to the shemitah of 1980.
"In 1980,  Paul Volcker, the chairman of the Federal Reserve, was explicitly worried that the dollar would collapse. In fact, it was on the verge of doing that. It was the period that marked the highest level of inflation in modern history. Confidence in the dollar was being lost. They had to raise interest rates from about 11% to 20%."
This move helped lead to the 1980-1982 recession, in which the national unemployment rate rose to over 10%.
JUBILEE
Farber went back seven shemitah cycles from our current year.
"1973 doesn't sound like a big year in economic history but it was," he noted. "Most historians point to 1971 as the end of the gold standard. To an extent that is true since that was when it ended temporarily. Nixon tried to get the US back on the gold standard in 1971 but failed. His last attempt was in 1973 and that was when the last remnants of the gold standard were abandoned and that was when the dollar went entirely off the gold standard."

"I don't know this for sure but if the Jubilee is more significant and we are not actually counting the Jubilee currently but 1973 was a huge financial event. We are now seven shemitah cycles after 1973. I believe it was a Jubilee as it was the biggest financial reset in modern history. 50 years before that was 1923, also a shemitah year, which was the hyperinflation crisis in the Weimar Republic. This crisis generated enormous political instability in Europe."
"50 years before that was 1873 was when the dollar went off the silver standard. Silver was demonetized and the dollar went to the gold standard. That affected the poor and middle class. The rich could afford gold and the poor could only afford silver. Going off the silver standard meant that anyone who had physical silver, their silver would lose value. It was an attack on the middle class to benefit the rich.
"That was a huge paradigm shift as silver was always considered the archetypal money, all the way back to Biblical times. In Jewish law, silver is considered money whereas gold is a commodity. In 1873, that ended."
"This year may be a Jubilee year and we are primed for a global collapse. It's not going to be pretty. I just hope we can all get through it. We also need a lot of faith in God."
Originally published at Israel365 News - reposted with permission.