80% Of Students are 'Self-Censoring' Their Viewpoints On Campus 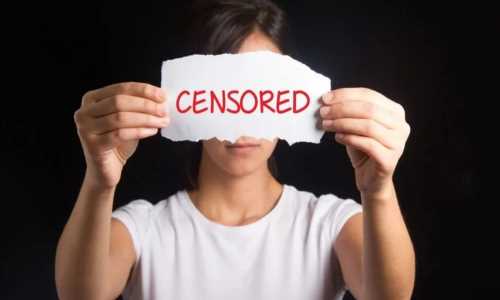 By Ben Zeisloft/Activist Post September 29, 2021
Share this article:
Four in five college students in the United States report censoring their own views while 48% say they are uncomfortable "expressing their views on a controversial political topic during an in-class discussion" in a recent survey.
The Foundation for Individual Rights in Education (FIRE), alongside RealClearEducation and College Pulse, conducted a survey of 37,000 college students enrolled at 159 universities.
Among other questions -- which were ultimately used to weigh American universities according to their commitments to free speech -- the groups tracked students' willingness to express their ideas.

More than 80% of students "report self-censoring their viewpoints at their colleges at least some of the time, with 21% saying they censor themselves often."
To that end, only 12% of students report feeling "very comfortable" with "publicly disagreeing with a professor about a controversial topic."
When asked to identify such uncomfortable topics, 45% of surveyed students identified "abortion." 43% chose "race," 41% chose "gun control," and 40% chose "transgender issues."
33% of students surveyed felt that it is "always acceptable" or "sometimes acceptable" to shout down a campus speaker in order to "prevent them from speaking on campus."
However, 93% of students believe it's not acceptable to use violence in order to stop a campus speech, according to the report.
As Suffolk University adjunct instructor Ken Tashjy recently wrote for Campus Reform, the "heckler's veto" is pervasive in higher education and the the acceptability of "shouting down a speaker or trying to prevent them from speaking on campus," results differed across schools.

"First, and foremost, higher education must challenge and correct the misperceptions many students harbor about the First Amendment and the speech protections it affords," Tashjy writes. "These responses reflect a fundamental misunderstanding of the First Amendment and the protections it affords, even to unpopular or controversial speech, including so called 'hate speech.'"
He continued, "These attitudes have clearly contributed to the steady uptick in the use of the heckler's veto to suppress and censor speech on college campuses."
Indeed, the FIRE survey shows that at Wesleyan University and the University of California-Berkeley, 82% and 80% of students, respectively, believe that shouting down a guest speaker is acceptable to some degree.
The culture of the "heckler's veto" was vibrant on other campuses as well; for example, 52% "strongly oppose" the invitation of a speaker who would argue that "transgender people have a mental disorder."
However, at Hillsdale College -- a Christian and conservative-leaning school -- 60% of students believe that shouting down a speaker is "never" acceptable."
Using the results of its poll, FIRE then created the second edition of its "College Free Speech Rankings" -- which will inform prospective students and the broader public about "the campus climate for open discussion and inquiry, comparing college against college."

FIRE's rankings calculate a school's score using different scales, including openness to discussing challenging topics on campus, tolerance for allowing controversial liberal and conservative speakers on campus, their FIRE Speech Code Rating, and more.
The top ten schools in the rankings were as follows:
Claremont McKenna College
University of Chicago
University of New Hampshire
Emory University
Florida State University
Purdue University
University of Maryland
University of California-Los Angeles
University of Arizona
College of William and Mary
According to the survey, larger universities made up a majority of the top 25 schools.
"This year's results strengthen our claim last year that larger student bodies may make it harder for students to identify the dominant viewpoint on campus, or at least that a large student body may allow people whose views are outside the mainstream to 'hide in the background' among like-minded peers," the survey notes.
The bottom ten schools were:
DePauw University
Marquette University
Louisiana State University
Wake Forest University
Boston College
Rensselaer Polytechnic Institute
Bates College
Tulane University
Utah State University
Colby College
"Although some colleges do better than others, the rankings indicate that colleges overwhelmingly have a very large opportunity to improve their campus climates for free expression," the report concluded.
Originally published at Activist Post - reposted with permission.