The Palestinians 'Taliban' Strategy Against Israel 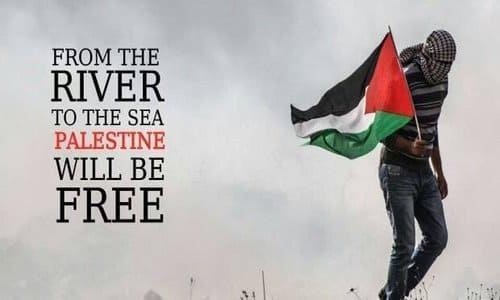 By Dan Diker/JNS.org September 09, 2021
Share this article:
The Taliban's reconquest of Afghanistan, followed by the ISIS-K bombing that killed 13 US military personnel and scores of civilians, underscores the far-reaching implications of the US withdrawal from the country. The mujahideen's takeover of Kabul, following a 20-year US counter-terror campaign against Al-Qaeda and other jihadi groups in Afghanistan, has reenergized the global jihad's slow and determined war against the West.
In the Middle East, where symbolism and imagery define reality, the American evacuation represents one of the most significant defeats of what Osama bin Laden referred to as "the Zionist-Crusader alliance" since Al-Qaeda's mass terror attack on Sept. 11, 2001, that killed 2,996 people (including 19 Al-Qaeda terrorists).
The implementation of the American withdrawal reflects an ongoing Western cultural misunderstanding of its fundamentalist foes. In the eyes of Islamists, the Taliban's seizure of Afghanistan mirrors the collapse of the world's leading superpower to the forces of the Koran's "true believers"--the jihadis. In this way, the pullout has emboldened extremists across Asia, the Middle East and beyond.
The Taliban moment has deep historical roots: The fall of the shah of Iran--the shahanshah, the "king of kings"--in 1979 to Iran's Islamic revolution inspired Islamist revolutions and militancy elsewhere, including the emergence of Al-Qaeda and the Taliban in the late 1980s and early 1990s, respectively. In turn, the Taliban's past and current successes have inspired other regional Islamist and extremist movements, including those of the Palestinians.
The Biden administration has stated that it wishes to bring "peace, security and prosperity" to Israelis and Palestinians. To do so in the post-Afghanistan context, it is critical to understand the implications of recent PLO and Hamas statements of sympathy for the Taliban, as well as the historical context of Palestinian partnership with Islamist movements.

Hamas as the Palestinian Taliban
Hamas has taken credit for inspiring the Taliban, just as it did for Israel's unilateral disengagement from the Gaza Strip in 2005. In early 2006, Hamas won the Palestinian parliamentary elections in the West Bank and Gaza, running on a ticket of "change and reform."
While the US pullout from Afghanistan was good news for extremists, it was bad news for moderate Arabs amenable to the West. Hamas, Palestinian Islamic Jihad and their supporters have been vindicated in their longstanding ideological claims that negotiations with Israel are futile. Their conclusion is that patience pays off and that only mukawama, or "resistance," can defeat the American-led Western alliance and dismantle the State of Israel.
It therefore comes as little surprise that Hamas was the first Islamist group to congratulate the Taliban publicly on its takeover of Afghanistan, saying:
"We congratulate the Muslim Afghan people for the defeat of the American occupation ... and ... the Taliban movement and its brave leadership in this victory, which culminated its long struggle over the past 20 years. ... [T]he demise of the American occupation and its allies prove that the resistance of the peoples, foremost of which is our struggling Palestinian people, will achieve victory."
On Aug. 17, 2021, Hamas leader Ismail Haniyeh told the Taliban's leader, Mullah Abdul Ghani Baradar, that "the demise of the US occupation of Afghanistan is a prelude to the demise of the Israeli occupation of the land of Palestine."
Musa Abu Marzouk, a member of Hamas's political bureau, tweeted: "Today, Taliban has ... faced America and its agents, refusing half-solutions with them. The Taliban was not deceived by the slogans of democracy and elections and fake promises. This is a lesson for all oppressed people."
Abu Marzouk and Haniyeh emphasize the contradiction between democracy and the vision of an Islamic state shared by both Hamas and the Taliban. Palestinian support for the Islamist rejection of the West in general and Israel in particular extends beyond Hamas.
Palestinian public support for bin Laden and Al-Qaeda was on display in the Palestinian street celebrations in Gaza and the West Bank immediately following the 9/11 terror attacks. Professor Martin Kramer has noted that by the 1990s, Islamism came to play a leading role in the Iranian regime-led influence on the Palestinian "resistance."
Following the August 2021 Taliban takeover, the Palestinian Authority also issued a statement that compared the US withdrawal to the Palestinian-Israeli conflict: "Israel must absorb the lesson--external protection does not bring security and peace to any country. The Israeli occupation of the Palestinian land will not last and will end."

Arafat's 'Taliban' strategy
The PA statement rests on historical precedent. PLO founder Yasser Arafat launched the "al-Aqsa intifada" in summer 2000, following Israel's overnight withdrawal from southern Lebanon two months earlier under pressure from Iran-backed Hezbollah. Hezbollah's reaction, voiced by its secretary-general, Hassan Nasrallah, that "Israel ... is feebler than a spider's web," inspired the "secular" Sunni Arafat to ignite a jihad using the al-Aqsa mosque in Jerusalem as a pretext, making it indistinguishable from other Islamist campaigns.
Similarly, PLO and PA leader Ahmed Qurei (Abu Ala) took note of the Hezbollah response in 2000: "Every Palestinian viewed the withdrawal as a strategic defeat of Israel," which would be interpreted, in his words, as "kill Israelis, get territory." Qurei emphasized that "if that is how Hezbollah got Israel to quit Lebanon, sooner or later it would result in Palestinian violence against Israel."
The recent statements by Hamas and the PA in support of the Taliban should be understood in the context of the fundamentalist groups' ideological rejection of America and Israel as infidels seeking to control the lands of Islam. Just as the Taliban routed America from Afghanistan, the PLO, the PA and Hamas aspire to expel Israel from all of "Arab Muslim Palestine." In short, Palestinian-Taliban affinity is anchored in ideological rejection, not territorial conflict.
The Taliban, after a 20-year absence of control, has reemerged as the government of the pre-9/11 Islamic Emirate. Hamas, as the ruling government and military power in "Hamastan," sees itself similarly. In 2007, after Hamas's violent overthrow of the Western-backed PA, Khaled Mashaal, head of the Hamas politburo, declared:
"We shall never give up an inch of the fatherland, nor any of our rights, nor any part of our land.... We shall go the way of resistance, which is not a straight line, but means blows, clashes, one round after another, attacks and withdrawals. The course is to Palestine, to cleanse Jerusalem and al-Aqsa. This is our way against the occupation. Hamas was and always will be strong in jihad [holy war] and istish-had [suicide bombings]."