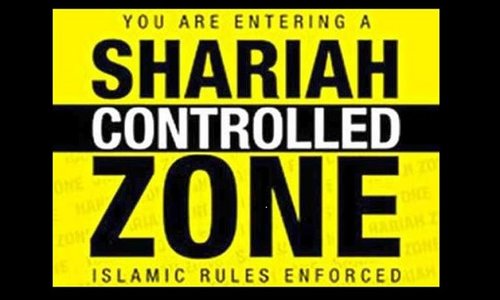 By Majid Rafizadeh/Gatestone Institute October 15, 2018
Share this article:
Frequently, Shiite Islamic preachers and leaders can be heard stating that Islam recognized "People of the Book," which refers to Christians and Jews. This assertion sounds as if Islam gives Christian and Jews the same level of status and respect as their Muslim counterparts.
That argument was recently confirmed when the President of the Islamic Republic of Iran, Hassan Rouhani, claimed that "Christians have the same rights as others do." With that confirmation, it might be easy to assume that Christians are relatively safe in Iran. But are they?

In speeches, and on paper, these words probably give the impression that Christians are not only welcome in Iran, but given equal rights and protections. However, the everyday experiences of Christians in Iran, tell a very different story.
Violence and persecution against Christians have, under the sharia law of Iran, increased significantly. One recent case documents the traumatic experiences of Pastor Victor Bet-Tamraz and his wife Shamiram Issavi, ethnic Assyrian Christians, along with Amin Afshar Naderi and Hadi Asgari, who converted to Christianity from Islam. Each were sentenced by the Revolutionary Court in Tehran to a combined total of 45 years in prison. Despite Iran's claims that they have equal rights and protections, they may never see freedom again.
What terrible crime must they have committed to warrant such a harsh punishment? Surely it had to be more than simply being Christians? After all, the President of Iran had made it clear that Christians enjoy equal rights. The ambiguous charges they faced included vague terms such as conducting "illegal church activities" and threatening "national security."
Why would there be animosity toward Christians in Iran that might drive the kind of persecution these four faced? Even though Christians make up a very small part of the population, they have always been viewed, under Iran's sharia law, as a threat to "national security". Iran's total population is roughly 80 million, with anywhere between 117,000 and 3 million of that total being Christians, according to various estimates.
The international community has recently taken note of the abuse of power wielded against Christians in Iran. The latest report, from Amnesty International, pointed out that, "Christians in Iran have been a target of harassment, arbitrary arrest and detention, unfair trials, and imprisonment on national security-related charges solely because of their faith." Yet, atrocities against them continue.
It is worth noting that, before the Islamic revolution, in order to gain support and power, fundamentalist Muslim leaders promised the Christians in Iran that they would have the same rights as Muslim citizens. They also assured Christians that they would be able freely to practice their faith.

As a result, many Christians, trusting that they would enjoy the freedom that was promised to them, supported the Muslim leaders. Instead, after the Islamic revolution, anyone who did not believe in the Islamist and revolutionary ideals of the sharia theocracy became the enemy. Even recently, the Iranian president stated:
"Our revolution was victorious when we were all together... All Iranian races, all Iranian religions, Shiites and Sunnis, Muslims, Christians, Jews and Zoroastrians -- whoever believes in the constitution, that is our criteria. He is a revolutionary and he must be respected."
Unfortunately for the Christians of Iran, they are not being respected at all.
In response to the latest abuses against Christians, Amnesty International has initiated an "urgent action" appeal. It has called on the Iranian regime to "quash the convictions and sentences of Victor Bet-Tamraz, Shamiram Isavi, Amin Afshar-Naderi, and Hadi Asgari, as they have been targeted solely for the peaceful exercise of their rights to freedoms of religion and belief, expression, and association, through their Christian faith." However, there are far more stories of Christian persecution throughout Iran, than just these four.
Many other Christians are being jailed for baseless charges such as "Propagating against the Islamic Republic in favor of Christianity." The organization "Article 18," which promotes religious freedom and supports persecuted Christians living under sharia law, wrote on Twitter on August 9, 2018:
A Christian couple have reported that a court in Boushehr has just sentenced them & 10 other Iranian Christians to one year in prison each for "Propagating against the Islamic Republic in favour of Christianity". This group of Christian converts were arrested on April 7th, 2015
There does not yet exist any information about their release.
The oppression does not end here. Another Christian couple who converted from Islam, was also recently charged with "orientation toward the land of Christianity," according to Mohabat News. Even though the Christians have been told they have the right to practice their religion, they are being arrested and tormented for it.

Pastor Youcef Nadarkhani was sentenced to death in 2010 for "apostasy," because he converted from Islam to Christianity. After significant pressure from legal and human rights groups, in a retrial, a court acquitted him of the charge of apostasy that carried the death sentence. The retrial ended with a guilty verdict on the charge of "evangelizing Muslims," but he was sentenced to the prison time he had already served, and released.
In 2016, Nadarkhani was "charged with 'acting against national security.' He also was accused of Zionism and evangelizing." On July 6, 2017, he was sentenced to 10 years in prison and an additional two years in exile in Nikshahr (southern Iran). He was allowed to appeal and was out on bail when, on July 22, 2018, police raided Nadarkhani's home and took him to Evin Prison. He will have 10 years of his life stolen from him, just because he practiced his faith.
The American Center for Law & Justice in Washington, D.C., has launched a petition for Nadarkhani's release. As of October 2nd, more than 112,000 people has signed the petition. The ACLJ pointed out that "Iran's actions violate its own constitution that guarantees religious freedom, and multiple international human rights treaties." However, he remains in prison.
This may seem confusing and contradictory to some; what is important to note is that in countries run by sharia law, the constitution becomes inferior to the Islamist laws of the land.
When radical Islam gains power, every article in the constitution becomes contingent on compliance with sharia. The rights that are promised in the constitution therefore become null and void. The Christians in Iran who believed that by supporting the Islamic revolution they would be gaining protections and equal rights are now instead living in constant fear.
Only increased pressure from the international community may create a change within Iran that might afford these innocent people some protections against the brutal acts that they face.
It is not enough to hope that one day Christians will be able to practice their faith in Iran without fear of persecution or death; action must be taken by the global community to ensure that the Iranian regime stands by its own constitution and provides its Christian citizens with equal rights and protections.
Originally published at Gatestone Institute - reposted with permission.