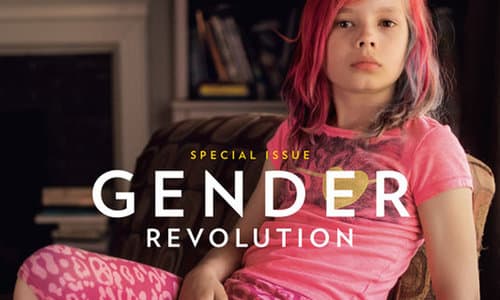 By PNW Staff February 21, 2018
Share this article:
Parents who don't believe that their teenage children should undergo radical gender reassignment procedures are now at risk of having their children taken away and their parental rights stripped from them. If this sounds too outlandish to be true, it has already happened in Ohio.
In February, Hamilton Country Job and Family Services took legal custody of a 17-year-old girl who suffers from gender dysphoria after her parents refused to allow her to transition to being a man. The names of the girl and her parents are currently sealed because she is a minor, but it was revealed that she is currently living with her maternal grandparents, who support transgenderism.

The state’s doctors argue that the procedure must be started immediately because the teen is at risk of committing suicide if she is not provided with the hormones to transform her body into a more masculine form. The court should reach its decision by the end of February. In this case of gender identity, basic issues of parental rights are at stake.
Karent Brinkman, the lawyer for the parents in this case, explained to the court that "If the maternal grandparents were to be given custody, it would simply be a way for the child to circumvent the necessity of parents' consent." According to Brinkman, the depression and anxiety, not to mention the dysphoria, indicate that the teenager is not currently in the proper state of mind to make permanent, life-altering changes to her body.
It is the parents' obligation to safeguard their children and make wise decisions because we, as a society, recognize that they are not mature enough to do so. In this case, parents have sought the advice of medical and psychological professionals are being pushed aside by the courts.
By paying to send their daughter to a private Catholic School, the parents have also been accused of bigotry rather than loving concern.  In Catholic School, the dress code is different for boys and girls and this, along with the simple act of hearing her birth name, became "triggering" for the teen who claims to suffer trauma as a result of this treatment, now including suicidal ideas. Thus, her transition is considered by the state's doctors to be a life or death situation.

For their part, the parents did seek medical advice regarding transgender therapy as well as spiritual counsel and, in the end, concluded that hormone injections at her age would do more harm than good and elected to forgo the procedure. Now the State of Ohio has taken custody of their daughter and will soon decide whether to strip away all parental rights.
Canada is even more "progressive" in this regard, with its passage of a new series of laws that explicitly grant the government the power, and even the obligation, to remove gender-questioning children from homes of parents who do not support transgenderism.
Bill 89, following on the heels of five other gender-based laws passed in Ontario, requires social service agencies to assess a child's race, ancestry, place of origin, color, ethnic origin, citizenship, family diversity, disability, creed, sex, sexual orientation, gender identity and gender expression when making custody, adoption and foster care decisions.

The result is that Christian foster families who love the children and wish to adopt them are prevented unless they support transgender theory. Parents of children who question their gender identity may now find themselves, just as the family in Ohio, dragged into court and threatened with the removal of their children if they don't accept gender reassignment procedures.
Laws meant to protect minority individuals are being used to impose transgender views and break up families. Not supporting transgender transitioning, whether due to religious or medical reasons, is now grounds for revoking parental rights.
In the culture war, the State is taking ever more drastic measures to intrude into families and break down gender identity, family structures and religious traditions. We can expect to see more such cases as these incidents set precedent for State enforcement of childhood transgenderism.