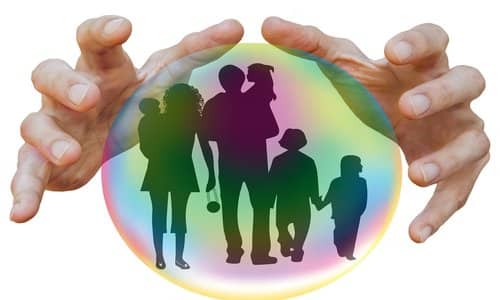 By PNW Staff February 09, 2018
Share this article:
Climate change crusaders are finally confronting the ugly truth at the heart of their theories: despite any changes to diet, economic models or transportation habits, the root problem with anthropogenic climate change is--people.
Thus, if you remove the people from the equation, you prevent dozens of tons of carbon per person from entering the atmosphere.
Following this line of reasoning to its logical conclusion, a new study was just released that proposed reducing the number of children in each family, especially in developed countries, in order to shrink the world population and thus humanity's impact on the climate.

The researchers claim in the journal Environmental Research Letters that having one fewer children will result in a carbon savings of 58.6 tons per year.
For those wondering how a single child could possibly emit 58.6 tons of carbon per year, the answer is that he can't. The researchers estimate that Americans and Australians contribute 16 tons of carbon per year (adults, we might assume) whereas the British kick in 7 tons each.
So how does shrinking the family by one child save 58.6 tons each? The climate researchers reached this figure by adding up the yearly projected emissions not only of the child but all of his or her descendants as well throughout their lives, then dividing that number by the parent's remaining lifespan.
With 50% of their children's lifetime emissions and 25% of their grandchildren, the figure quickly balloons up to nearly 60 tons. But why stop there? Why not carry the calculation out six or seven more generations?
Commonly promoted "green" activities such as recycling (0.21 tons saved per year), living without a car (2.4 tons saved per year), upgrading light bulbs, (0.10 tons saved per year) and eating vegetarian (0.82 tons saved per year) all pale in comparison to the new recommendations for green family planning which, of course, they do, since weighing any carbon-saving behaviors against essentially a 100% carbon savings for two generations is bound to tip the scale wildly in favor of population reduction.

With birthrates below replacement rate in many developed countries and governments scrambling to incentivize larger families, one would think that such a study wouldn't be worth mentioning, even if the calculations were reasonable.
But the researchers are quick to remind us that each American emits 40 times the amount of carbon as someone living in Bangladesh, bringing the debate back round to an indictment of the West.
As climate alarmism overtakes Western governments and such "solutions" from scientists gain traction, can we expect to see carbon taxes applied to children? Might we also expect to see one-child policies being lifted directly from pre-2016 Communist China and applied in the West?
But the lizard-brained logic doesn't stop there. If simply having children contributes to climate change, then women having children they might otherwise have aborted contributes to climate change. Ipso facto: abortion is the key to stopping climate change.
No, this is neither a strawman of the left nor is it wild speculation on what a liberal might believe. For those who missed it, here is an excerpt from a 2017 speech by Gloria Steinem when she was asked if climate change were a feminist issue:
"Are you kidding me? Listen, what causes climate deprivation is population. If we had not been systematically forcing women to have children they don't want or can't care for over the 500 years of patriarchy, we wouldn't have the climate problems that we have. That's the fundamental cause of climate change."

Another climate activist, Travis Rieder, who works as the assistant director for education initiatives at the Berman Institute of Bioethics at Johns Hopkins University, recently said in an interview with NPR that "bringing down the global fertility rate by half a child per woman could be the thing that saves us."
He went on to say that "maybe we should protect our kids by not having them."
Through a combination of handouts for the poor and taxes on the rich (the famous carbon tax on children again) he hopes to use economic pressure to curb population growth. He does "cut poor nations slack because they're still developing" but ignores the fact that the uncontrolled immigration espoused by those same liberal minds will mitigate any fertility rate decrease he might achieve.
Rieder and several scholars from Georgetown University did their part by publishing the paper "Population Engineering and the Fight Against Climate Change".  Now it is just up to the rest of us to step in line with their social planning to cull the human herd enough for their taste.
Climate change, whether real or imaged, whether anthropogenic or natural, is turning out to be a fantastic tool for social control. Shame those who don't conform, reduce and control populations, impose new taxes, set strict regulations on private enterprise and intrude on the personal decisions of parents.