U.S. Consumers Are Doing Exactly What They Did Just Prior To The Crash Of 2008 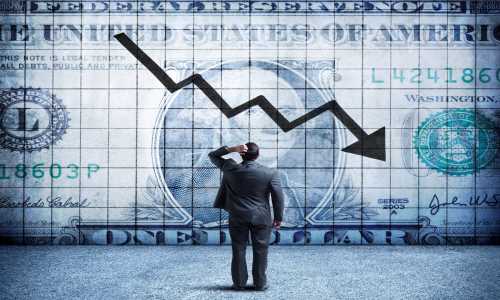 By Michael Snyder/Economic Collapse Blog November 18, 2022
Share this article:
We never seem to learn from our mistakes.  Just before the financial markets crashed and the economy plunged into a horrifying recession in 2008, U.S. consumers went on a debt binge of epic proportions.
Mortgage debt, auto loan debt and credit card debt all skyrocketed, and so when the economy finally crashed all of a sudden there were millions of Americans drowning in bills that they were unable to pay.
Well, now it is happening again.  According to the Federal Reserve Bank of New York, during the third quarter of 2022 household debt increased at the fastest pace that we have seen since the first quarter of 2008...
Households added $351 billion in overall debt last quarter, taking the total to $16.5 trillion, according to data released by the Federal Reserve Bank of New York on Tuesday. That's an increase of 8.3% from a year earlier, the most since a 9.1% jump in the first quarter of 2008. The debt figures aren't adjusted for inflation.
This is a recipe for disaster.

As I have been warning my readers for years, you want to have as little debt as possible when economic conditions get really bad.
Unfortunately, even though everyone can see that economic activity is slowing down all around us, consumers are piling on debt at a stunning pace.
In particular, mortgage debt and credit card debt both really soared during the third quarter...
Most of the latest increase came in mortgage debt, by far the biggest liability on household balance sheets. It rose by $282 billion in the third quarter, and by $1 trillion from a year earlier, to $11.7 trillion. Mortgage and home-equity debt combined are up by $2 trillion since the pandemic began.
Credit-card debt also increased by the most in 20 years, with balances rising by 15% from a year earlier. The surge comes as the average interest-rates on card borrowing has climbed above 19%, the highest in data going back to the mid-1980s, according to Bankrate.
I really feel bad for those that purchased homes at or near the peak of the market.
So many Americans have overextended themselves to get the homes of their dreams, and as prices plummet in the months ahead millions of them will soon be underwater on their mortgages just like we saw in 2008 and 2009.

Even more troubling is the fact that Americans are racking up such huge credit card balances.
The New York Fed is telling us that there are now 555 million open credit card accounts in this country.
But only 329 million people live here.
That is madness.
Meanwhile, large companies all over the nation are starting to lay off workers.
In fact, we just learned that Amazon will be laying off approximately 10,000 employees...
Amazon reportedly plans to lay off 10,000 corporate and technology employees as soon as this week.
The cuts would affect the company's devices organization, retail division and human resources, people familiar with the matter told the New York Times.
This will be the largest round of layoffs in Amazon's history, and Jeff Bezos is now giving out advice on how to best deal with the coming economic downturn...
The business leader offered his starkest advice yet on a faltering economy in an exclusive sit-down interview with CNN's Chloe Melas on Saturday at Bezos' Washington, DC, home.
Bezos urged people to put off expenditures for big-ticket items such as new cars, televisions and appliances, noting that delaying big purchases is the surest way to keep some "dry powder" in the event of a prolonged economic downturn. Meanwhile, small businesses may want to avoid making large capital expenditures or acquisitions during this uncertain time, Bezos added.
He also told CNN that we should "hope for the best, but prepare for the worst".
Wow.
How many times have I said the same thing to my readers?

When Jeff Bezos starts sounding just like The Economic Collapse Blog, that is definitely a sign that it is late in the game.
Other big tech companies have been conducting mass layoffs as well, and that list includes Facebook and Twitter...
Last week Meta, which owns Facebook, Instagram and WhatsApp, revealed that it will cut 13 per cent of its workforce, while Elon Musk axed half of Twitter's employees following his successful takeover of the social media site.
The announcements are the latest in a slew of job cuts across Silicon Valley, as experts warn the tech industry is facing a 'triple whammy' of a slowing economy, inflation and an end to pandemic-driven growth.
If the Federal Reserve does not start reducing interest rates, we are going to see a tsunami of layoffs in 2023.
And if the Federal Reserve continues to raise interest rates, it is likely that we could eventually see millions of Americans lose their jobs.
Aggressively hiking rates at the beginning of a major economic slowdown is suicidal.
But the Federal Reserve is doing it anyway.
On the consumer level, piling up debt just as economic conditions are starting to really deteriorate is a really foolish thing for Americans to be doing.
Unfortunately, we just witnessed the greatest consumer debt binge since 2008 during the third quarter.
As I stated at the beginning of this article, we never seem to learn from our mistakes.
The times that we are moving into are going to be incredibly challenging, but reducing the amount of debt that you are carrying will make things a bit easier.
Sadly, most people out there aren't going to take that advice.
Instead, most people are going to continue partying even as the system falls apart all around them.
In 2008 and 2009, countless Americans that had been living comfortable middle class lifestyles ended up losing almost everything.
You don't want to be one of those victims this time around.
We are going to see so much financial pain in 2023, but much of it could have been avoided if people would have made much different decisions ahead of time.
Originally published at End Of The American Dream - reposted with permission.