In Australia, Christians Are Having To Choose Between Their Church Or Their Job 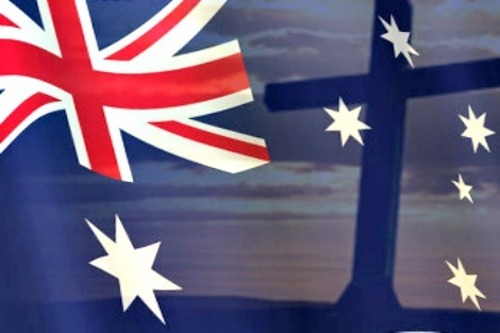 By David Robertson/Evangelical Focus October 12, 2022
Share this article:
A Rubicon has been crossed in Australia. For the first time, someone has lost their job not because of something they said or did, but because of the church they belong to.
Essendon AFL is an Australian rules football team. Based in Melbourne, it has a membership of over 80,000 and is a major player in what is a large and lucrative sport in Australia.
This week it appointed a local businessman, Andrew Thorburn, as its chief executive. He lasted one day in the job and the story is best summed up by the Herald Sun headline, "Essendon's chief executive Andrew Thorburn has stepped down after shock link to church was revealed."
Notice the language. This was a 'shock link' - not to a strip club, not to a gambling syndicate, not to a drugs scandal - they would barely have raised an eyebrow. This was a shock link to a church.
This was not even a link to 'controversial' social media posts (aka Israel Folau). The new CEO was forced out not because of anything he said or did, but simply because he is linked to a mainstream Christian church which teaches the Bible - he is the chairman of their board.

Discrimination
In theory it is illegal to discriminate against someone because of their religious beliefs. But as the Essendon club president admitted, "In interview processes you're not allowed to ask about people's religious beliefs. It's against the law. But what we did, as soon as we saw them, we acted."
In other words, once they did check Thorburn's religious beliefs (or the beliefs of the church he belongs to), they then decided to discriminate and determine that he was not a suitable candidate.
The Essendon board declared that this was nothing to do with religious beliefs and that Essendon was a club where everyone was welcomed and respected. If Essendon really was a club where everyone was welcomed and respected then they would welcome Andrew Thorburn - but by 'acting' on the basis of the beliefs of Thorburn's church, the Essendon Board have told all Muslims, Catholics, evangelicals and others that they are not welcome.
Only those with pre-approved beliefs will be welcomed. Those who blaspheme against 'progressive' doctrines will be suitably excommunicated. Welcome to the fundamentalist church of the woke!

What are City on A Hill's unacceptable beliefs?
Reading the media and listening to the Victorian Premier, Dan Andrews, one would think that City on a Hill was a Westboro Baptist-type extremist cult. In reality, they are a mainstream evangelical Anglican church.
The press trawled and this is what they found from a 2013 sermon:
"We believe that we must be a voice for the voiceless, stand for the rights of the unborn baby and be pro-life...Human life begins at conception. All women and men have intrinsic value and worth as images of God. Abortion denies the voice of the most vulnerable."
"Sex is designed for marriage, and marriage for fulfilling God's mandate for humans to 'be fruitful and multiply'.... Lust is a sin, sex outside of marriage is a sin, practicing homosexuality is a sin, but same-sex attraction is not a sin."
Like the Catholic Church, the Orthodox Church, the evangelical Church, the Muslims and many others, City on a Hill holds that abortion is wrong and that sex outside marriage, including homosexuality, is wrong.
Political pressure
Premier Dan Andrews commented referring to City on a Hill: "Those views are absolutely appalling. I don't support those views; that kind of intolerance, that kind of hatred, bigotry is just wrong."
"All of you know my views on these things. Those sorts of attitudes are simply wrong, and to dress that up as anything other than bigotry is just obviously false."
The problem is that the Victorian Premier boasts about being a Catholic himself and sends his children to a Catholic school. If he believes that belonging to a Church which disapproves of abortion and homosexuality disqualifies you from public office (or even being a CEO of a private company), then why does he not immediately resign? After all he is a member of a Church which disapproves of abortion and homosexuality.
When Dan Andrews stated that "that kind of intolerance, hatred and bigotry is wrong", he spoke better than he knew. He wants to ban the wrong kind of intolerance, hatred and bigotry. His kind is perfectly acceptable. The question then becomes: if Christians cannot be CEOs, can they stand for parliament, work for the Government, or in hospitals, schools and the police?
The new religion
The significance of this event is that it marks the day when Australia moved away from being a pluralistic tolerant society, to one where those who deviate from the new progressive religion are not allowed to participate fully in civic society.
One journalist even reported that it was not possible to be a leader of a public organization if you did not have 'progressive' beliefs. This is a new religion, one which has largely taken over the elites and civic institutions of our society. And one which has its own heresy hunters.
The Age newspaper again expressed it well: "Thorburn's personal beliefs could upset the Bombers' AFLW side, which preaches diversity and inclusiveness."
They 'preach' diversity and inclusion. They preach it, but they don't practice it.

How should we then live?
Perhaps Christians could follow the example of Andrew Thorburn himself? When asked to choose between his job and his church, he gave up a salary which was thought to be $850,000 (AUD) - almost £500,000.
Despite this, his response has been gracious, thoughtful, compassionate and intelligent:
"However, today it became clear to me that my personal Christian faith is not tolerated or permitted in the public square, at least by some and perhaps by many. I was being required to compromise beyond a level that my conscience allowed. People should be able to hold different views on complex personal and moral matters, and be able to live and work together, even with those differences, and always with respect. Behavior is the key. This is all an important part of a tolerant and diverse society."
Some Christians (including sadly some Christian leaders) will feel that this is all just a storm in a teacup and that if we just shut our eyes, it will all go away.
Others think that this does not really affect ordinary Christians. But I think of the young people at a conference I spoke at in Victoria who said to me 'you can't say that, you go to jail here for saying that'. Or the young Catholic teacher who thought it would be breaking the law to teach Catholic doctrine. Imagine that!
Imagine a Western liberal democracy where young people think they are breaking the law if they teach the Bible.
As Christians, we have to speak out and challenge this intolerance.
We must also pray for and against leaders like Dan Andrews. We pray that like in the case of Saul, God will change their hearts, cause them to repent and become more gracious, loving and tolerant.
And we pray that He will restrain the arm of wicked men and that we may have peace to proclaim and live the Gospel. May he protect, guide and encourage all of us to be as faithful as Andrew Thorburn, that we may indeed be a City on a Hill.
Originally published at Evangelical Focus - reposted with permission.