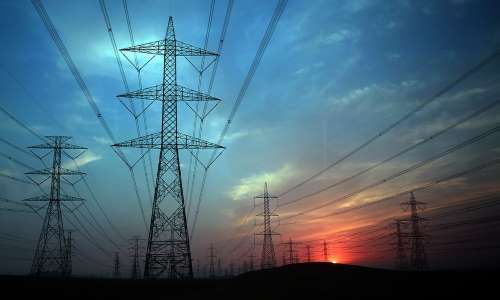 By Tyler Durden/Activist Post October 11, 2022
Share this article:
One central theme that comes to mind is the impact of higher natural gas prices and, by extension, power prices.
Americans will soon see higher gasoline prices at the pump because of OPEC+ production cuts slated for next month.
Many folks will also see their electricity bills rise this winter because NatGas generators power a large percentage of the country's grid. This is a double whammy for hundreds of millions of Americans ahead of the midterm elections in about a month -- as Democrats scramble to find solutions to tame the energy crisis.
From the blowing up of the Nord Stream pipeline system in the Baltic Sea (in NATO's backyard) to reduced Russian NatGas flows to Europe to soaring US liquefied natural gas (LNG) exports to Europe, NatGas markets will be very tight everywhere this winter.

"With US gas storage finishing this summer well below average levels, and lower than what we expected previously owing to strong power burns, we believe there is a mispricing of this upside risk to gas prices in the near-term," Goldman Sachs commodity analyst Samantha Dart wrote in a note to clients last month.
Dart revised her Winter 2022-2023 forecast up to $7.75/mmBtu from the previous $6.93/mmBtu on renewed tightening fears, and her view of US LNG exports will be higher. The Freeport LNG outage is expected to be resolved next month, increasing LNG exports to the EU.
Prices of NatGas are trading about 94% higher than at the start of the year and 370% higher than the 2020 lows.
This means that power generation units at utilities will be even more expensive to operate and pass along costs to end users.
"We're looking at fairly high gas prices, so all things equal, electricity prices should be higher as well," Sarah Emerson, managing principal at ESAI Energy, told Yahoo Finance. "We're going to have a pretty strong winter for prices."

A recent National Energy Assistance Directors Association forecast said the average US household heating bill is expected to increase by 17.2%.
"The rise in home energy costs this winter will put millions of lower-income families at risk of falling behind on their energy bills and having no choice but to make difficult decisions between paying for food, medicine and rent," said Mark Wolfe, executive director of NEADA.
And even before the cold season begins, there are 20 million households behind on their power bills. Now power companies are renegotiating power contracts with households, increasing the price per kilowatt substantially.
A double whammy at the gas pump and utility bill should stoke discontent with many Americans who've been battered by high inflation under the Biden administration as the Federal Reserve attempts to quell high prices with aggressive interest rate hikes that could plunge households into even more financial chaos by stoking a 2023 recession.
What a mess the elites in Washington have caused.
Originally published at Activist Post - reposted with permission.